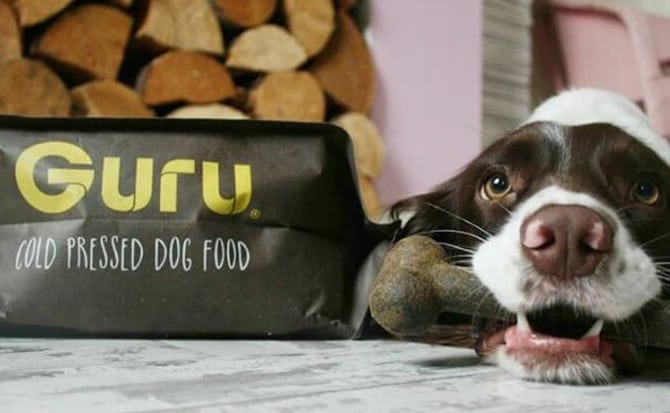 I don’t know how many of you have ever had the pleasure of meeting a hobbit, so let me tell you now, they are totally obsessed with food. Naturally with my springer spaniel puppy being so obsessed by eating, I had to name him Bilbo Baggins.

As Bilbo isn’t a fussy eater, I could try him out on anything. He didn’t give any clues as to whether the food he was eating was good for him or not.

I very stupidly gave him a supermarket brand, that shall remain nameless which is known as extruded kibble. He bloated out, he smelt of dog and his poo well…. You don’t want to know.

So after seeing a lot of posts online about Guru cold pressed dog food, I decided to give it a go. We were led to Guru thanks to a few lovelies on Instagram.

If you’ve never heard of cold pressed food before, it’s a method of producing dog food at very low temperatures so the ingredients retain all of their vitamins and nutritional value. 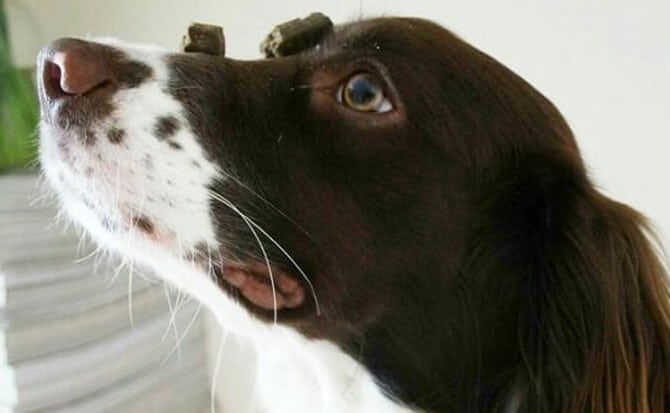 Guru recommended a transitioning period, where you gradually increase the amount of Guru bites compared to their old food, until you’re feeding 100% Guru. I didn’t have to do this transition because… The Hobbit and food, say no more!

Now Bilbo has been a Guru Geek for some time, I thought I would point out some of the benefits we’ve seen since Bilbo’s been enjoying Guru’s ‘Surf & Turf’.

1. Better Coat – His coat is shiny and soft now.

3. He smells better – He isn’t sweating out any nasties.

4. His poo is easier to pick up

5. His immune system is higher

In all honesty, I’m so happy that he is now on Guru. Bilbo and I cannot recommend their cold pressed food enough! 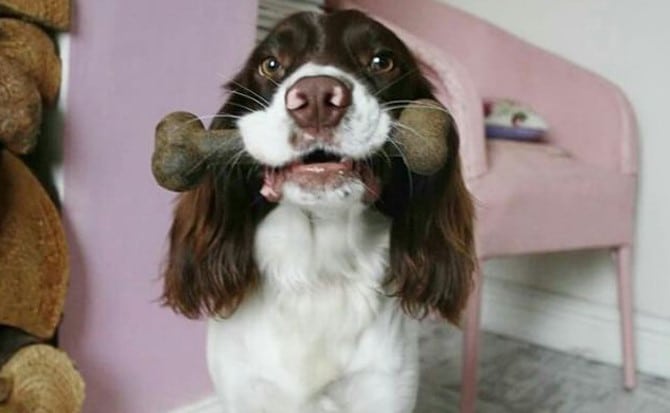