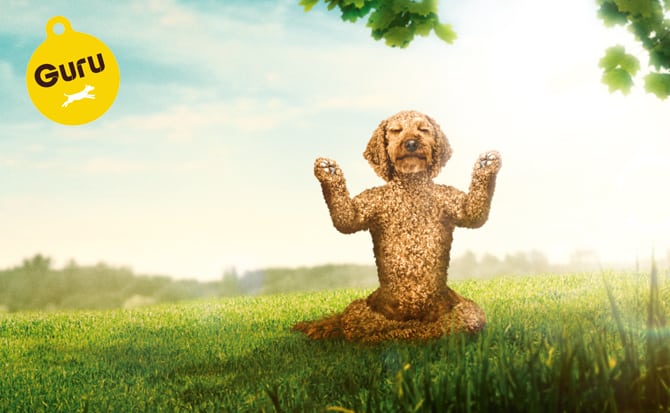 At Guru our focus is very much on dogs. Now, that might sound like something you’d expect from a dog food company, but the ethos of Guru is founded on a love of dogs and a desire to improve their health and longevity.

My husband Andrew and I were “home feeders” for 20 years, which saw us literally cooking our dogs’ food from scratch using natural ingredients that would provide all the nutrients they needed to thrive.

We were convinced that this approach was best for our dogs’ wellbeing, but the time consuming element was becoming an increasing issue thanks to our busy working lives.

One day, whilst sat in traffic on the M6 trying to instruct my mother what to cook for our dogs, it struck us that there must be an alternative option. One that offered the same nutritious content, but without the same level of time consumption? And, if so, we surely weren’t the only ones looking to solve this problem.

This lead us on a path of research and discovery – which culminated in the founding of Guru! We specialise in cold-pressed dog food. Cold-pressed is a little-known, yet traditional method of dog food production. Thanks to a combination of premium ingredients and low cooking temperatures, it preserves all of the nutrients; offering all the benefits of a dog’s natural diet, without the lengthy preparation.

But while we know this to be the case, many dog owners don’t. At Guru, we’re now into our second year as a business and during that time we’ve interacted with thousands of dog owners and dog lovers. This interaction has demonstrated a real disparity in knowledge. Some owners have a solid understanding of a dog’s nutritional requirements, others have a rudimental knowledge, at best. What are they looking for in their dog food choice? Is it nutritional content? Is it simply price?

In conducting this research, we hope to establish what really matters to dog owners. We want to understand just what it is that they’re looking for. And, consequently, we want to be able to provide a product that ticks the right boxes for them and their pets.

This study is based on a detailed online survey of 2,000 dog owners from across the United Kingdom, with a broad age-range, from 18 to 55+ years old. Of the people asked, 48.8 percent were male and 51.2 percent were female.

It’s worth noting that some of the questions posed were multiple choice, which may cause some of the percentages mentioned below to add up to more than 100%.

20 percent have used the same dog food brand for the past five years. A further 20 percent have used the same brand for the last two – five years. 50 percent of dog owners surveyed feed their current dog the same food as their previous dog. There were no surprises in the choices for most popular food – with 75 percent opting for “dry kibble”, and 64 percent opting for wet. In regards to evaluating their dog’s food, 50 percent said they do so “now and again”, 16.5 percent said that they do so “rarely” and 7 percent admitted to never having reviewed it. Although two thirds (66 percent) said that their dog’s diet was very important to them.

Nearly half (48 percent) of people surveyed said the “beneficial effect to my dog’s health” was the most important factor when shopping for dog food (this was the most popular answer). Yet when asked whether they were aware of cold-pressed food, two thirds (66 percent) answered “no”. Over half said that they had attempted home cooking, but 20 percent said that they didn’t have the time to do it on a regular basis. 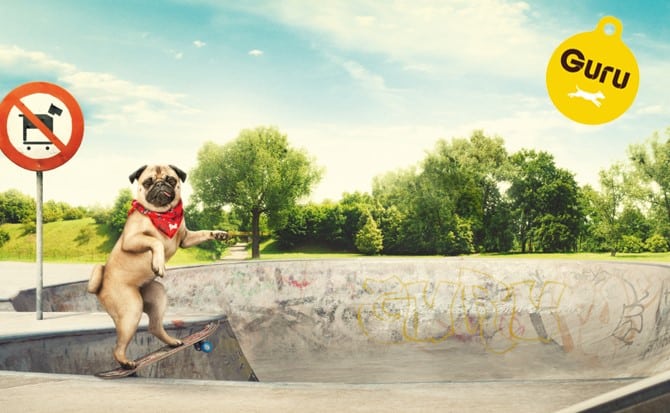 Have you ever owned a dog(s) in the past, before the current one(s) that you have?
77.1 percent of people said that they had owned a dog previously, 22.9 percent had never had a dog prior to their current pet.

Do you feed the same food to your dog(s) now as you did previously?
There was an almost even split between people feeding their current dog the same food as their previous dog – 49.4 percent answered yes, while 50.6 percent said no.

Where would you turn to for nutritional advice for your dog?
The vast majority of dog owners, 70.7 percent of those surveyed, said that when it comes to advice on nutrition, they would consult their vet – 41.2 percent said that they would turn to online sources, such as information websites. 24.5 percent said that they would check the packaging of the food, while 23.3 percent would check the manufacturer’s website. 3.4 percent would turn to “other” sources and 3.5 percent were unsure.

Have you tried home-cooking for your dog(s)?
When it came to providing dogs with homecooked food, 20.7 percent said that they think it’s a great thing to do, while 21.6 percent agreed but said they’d only done it “once or twice”, as were without the time to do it on a regular basis. 12 percent answered “yes”, but were concerned about cost. 12.8 percent were unsure as to where to start when preparing homecooked food for their pets, while 23.4 percent hadn’t considered it and 9.7 percent did not know how to create the appropriate recipes.

Thank you…
Thank you for taking the time to review our findings, we hope you’ve found them as insightful as we have. Our core aim is to provide healthy foods for healthy dogs, but we also want to help our lovely pet parents wherever possible. Research such as this helps us to build a picture of what our customers want from their dog’s food. We’ll be using the information uncovered in our study to try and improve our offering as we continually assess our processes and methods in a bid to provide the best product we possibly can.