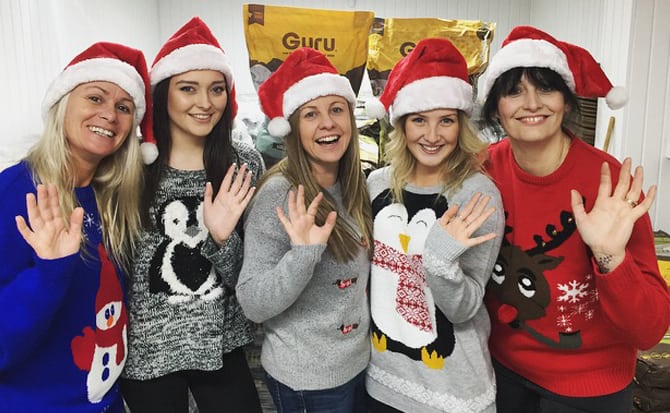 We’ve laughed a lot, cried a lot (with laughter), ate a whole lotta cake, travelled the country and made some lifelong friends!

So, what have the Geeksters actually been up to in 2016?

Top of the list has to be The Guru Stand, aka ‘The Mother Ship’, so
How did we get the idea?
Who designed it?
How long did it take?
And how did it all come together to create the GURUviest stand around?

Well, it all started back when the Geeksters decided to hit the Road and head to Dog Fest, this could only mean one thing… we needed a stand. As this was our 1st ever event, we knew we had to ‘go big or go home’!

Then the design process began…
Once again the Geeks got together for a ‘long boring board meeting’, which involved lots of laughter, a cup of tea (with a slice of cake of course) and a very long wish list! We gathered all our suggestions to work out how to put them together and create a pawsome stand for the Geekster get togethers. From photographs to wall art; fixtures to fittings, we more than ticked all of the boxes. The whole process took us just over a month.

Our stand turned out better than we could have ever imagined! We absolutely loved the finished product and couldn’t wait to show all our furiends. It was the pawfect place to meet & greet people and create some amazing memories! One thing that became even more popular than we expected, was the Guru chairs. Everypawdy who visited the stand wanted a photograph on the now famous Guru chairs. They took pride of place on social media, being modelled by the most gorgeous Geeksters, including some of the most instafamous ones. We were thrilled to bits to see Archie The Pug Star feature in the Daily Telegraph, getting his GURUve on in one of our Chairs!
“Move aside hoomans… #HoundsRule” 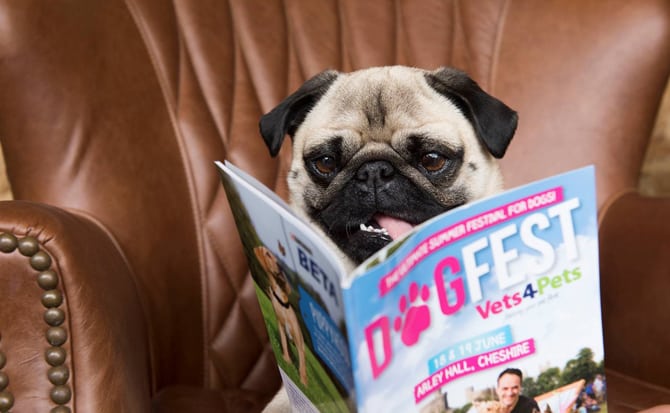 Geekster Sam: “The highlight of 2016 for me has to be our 1st ever event where we debuted our new stand, Dog Fest North! We were so giddy about meeting all our Geeksters and showing everyone our GURUvy stand that had come together pawfectly. With wellies & Fleeces at the ready, we had a blast! But I also can’t resist mentioning the ‘#GuruvyGeeksters of Instagram 2017’ calendar… it took a lot of hard work, time and some very tough decisions, however to see the final product and pictures of our Geeksters receiving them, made it all worthwhile.”

Geekster Corinne: “My favourite moment was when I was on the Guru stand at The National Pet show. I got to meet and watch Hagrid the Leonberger, who is the Guinness world record holder for catching things. He’s a gentle giant who stole my heart.”

Geekster Charlie: “The best moment of 2016 for me, was creating the Guru Geek Mannequin Challenge. It’s very unusual for all the Geeks to keep still at one time and it was hilarious to film! So that has to be one of my favourite moments… However, I was also very excited to meet the Baby OG’s Gino and Duke for the first time!”

Geekster Laura: “Mine has to be meeting Lumen the Eurasier at The National Pet Show. I’d never heard of the breed before but he was so sweet and it was lovely knowing he’s now happy eating Guru. A true Geekster!

Geekster Lisa: “Where on earth do I begin…? What an amazing 12 months Guru has had! I really couldn’t highlight just one moment as there are so many to choose from. I rang in our 1st New Year on my own and now I’m saluting 2016 with all the new Geeksters and their highlights, Wow we’ve had some fun!  All of the events have been so memorable, but the main highlight for me, has to be showcasing our stand on Deansgate, Manchester. It was an absolute dream come true! Another weekend that meant so much to me was Guru’s 1st year Birthday celebrations. All of the Geeksters were away on holiday that particular weekend, so it was over to me to cover social media. I wouldn’t have missed it for the world… the comments, the photos and the well wishes poured in. I really was overwhelmed, speechless and humbled. Some of our followers have been with Guru from the very start (you know who you are) and some just a couple of months, however I’m proud to say I’ve met some of the kindest people via social media who I’m proud to call our Guru family. Thank you to every single one of you Geeksters for you’re continued love and support. There’s only one more thing left to say… C’mon Geeksters, let’s #SpreadTheLove throughout 2017″ xox 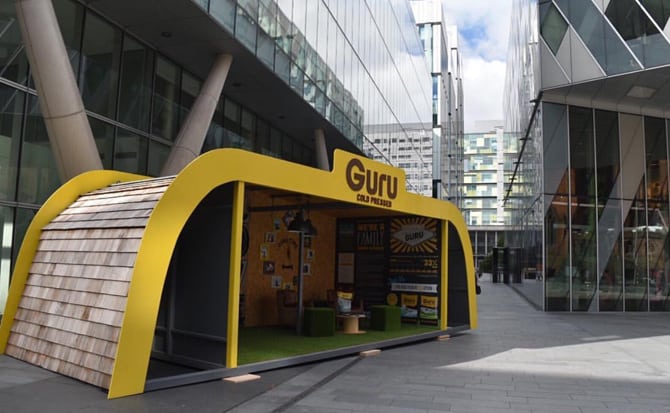 So, if this coming year is half as good as the last, then hold on tight, we’re going to have a blast!

We wish all our Geeksters a very Merry Christmas and peaceful New Year. Remember to leave a little sparkle wherever you go…